Página inicial Religión Are You Real 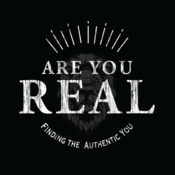 de
186: Radical Change through Mentoring with Kevin Harris
On today’s episode, Jon sits down with Kevin Harris, President of Radical Mentoring, to talk about getting men involved in the church. A lot of men get on a career track and figure to make up for lost time at home and church later. They feel like they’re doing what they’re “supposed” to do, instead of what they’re “called” to do, but when you’re off-purpose, it’s exhausting. Once you align your life purpose and your calling, the exhaustion will slip away and you will begin to experience radical change. If you’re feeling stuck on the treadmill of life, you’ll want to listen in to this conversation to learn how, through mentoring, you can experience a life-change that brings you closer to God and matures you in discipleship and leadership in church. Kevin Harris is the President of Radical Mentoring, which is an intentional, small-group mentoring process to help church pastors engage men, build a core group of leaders, and transform their churches. He’s passionate about being a resource for church leaders that have incorporated small-group mentoring into their disciple-making strategy. Kevin and his wife live in Atlanta with their two sons. Links : VisitJon’s Website:
185: The Transforming Power of Love with Jon Fuller
Speaking God’s Frequency is Jon’s latest book, and captures Jon’s walk with the Lord over the last eight years. Today he will be sharing from the 2nd chapter, “The Transforming Power of Love”. We all have “mile-markers” in our lives, moments that have shaped and defined who we become. Jon shares the poignant moments of his life that eventually led him to the alter, where he experienced release of years of hurt and anger and was left with a refreshment of God’s amazing love for him. Listen in to hear how writing this book blessed Jon, and how it can bless you, too! Resources: VisitJon’s Website:
184: Finding Your Authentic Voice with Jon Fuller
On today’s episode, Jon steps into the role of public speaker and addresses his audience on the subjects of intentionality and goal-setting. He will be sharing seven premises with you: 1) finding your authentic voice; 2) believe in what you’re doing; 3) define your end-game; 4) go all in; 5) don’t let others define you; 6) learn quick and adapt; and 7) make it a habit and make it count. Listen in to his inspiring and thought-provoking discourse based on his life experiences and consider how his encouragement might be applied to your own life. And always remember, you have value! As owner of New Life Homes, Jon likens the thousands of kitchen remodels he’s done over the years to the subject of his first book, D.I.Y. Remodel Your Life. His second book,
183: Overcoming Failure with Jon Fuller & Jim Oliver
Tables are turning for this episode of Are You Real, where Jon was recently interviewed by Jim Oliver from Breakaway Wealth! Jim was recently a guest of Jon’s, so if you missed that show, the link has been provided here for your listening convenience. Jon and Jim talk about overcoming failure, what failure and success in business look like as a Christian, and what we can expect when we align our lives with God. You’ll get a sneak peek at Jon’s new book, Speaking God’s Frequency , set to be released on March 30th. It’s about how when we connect with God and speak the things that He’s saying, it accelerates our family life and business and we’re able to receive that blessing into our lives. You don’t want to miss this! Resources: VisitJon’s Website:
182: Giving Hope to The Hopeless with Lathan Craft
Do you need a shot of hope? If so, you’re in the right place at the right time. Lathan Craft joins Jon today for a conversation about being God’s masterpiece and listening to what God says about us rather than what we might think about ourselves. They also discuss Lathan’s book, “The Leper in Church”, which is about Christians suffering with mental illness. You’ll hear about Lathan’s traumatic struggle with feeling hopeless growing up without Christ, and why it’s so important to him now to be what he calls a “hope-dealer”. Lathan Craft is a devoted husband, father, pastor, writer, speaker, and podcaster who makes his home in Northern California. He is the author of the Amazon best-seller, “The Leper in the Church”, host of “The Other Side of the Church” podcast, and Founder of “A Heartbeat of Hope.” Resources: VisitJon’s Website:
Mostrar más

Are You Real : Playlist

Acerca de Are You Real