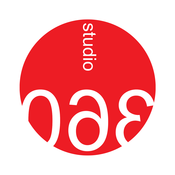 de
The final episode
After 20 years, Studio 360 is switching off the ON AIR light one last time. Alec Baldwin conducts Kurt Andersen’s exit interview and they listen to some of Kurt’s favorite moments with guests. Since it’s this show’s finale, Kurt talks with TV showrunners David Mandel and Warren Leight about the art of writing a finale — and some of their favorites to watch. And finally — for real, finally — a longtime friend of Kurt whom he met when he first interviewed her for the show, Rosanne Cash, comes back one last time to say farewell with a song. Learn more about your ad choices. Visit megaphone.fm/adchoices
Studio 360 Extra: American Icons: The Migration Series by Jacob Lawrence
From 1910 to 1970, 6.6 million African Americans migrated from the rural south – a dramatic movement that would permanently change the social, political and cultural fabric of our nation. In 1941, Jacob Lawerence’s iconic series The Migration of the Negro (now generally referred to as The Great Migration) rocked the art world with its depictions of an active moment very much underway. Over the course of 60 panels, the hardships of the South, the disappointments of the North, and the first steps of the Civil Rights movement are masterfully displayed. Learn more about your ad choices. Visit megaphone.fm/adchoices
Studio 360 Extra: Aural History: How Studio 360 Got Started
Studio 360 broadcast its first episode on November 4, 2000, just before we elected George W. Bush as President and we all learned what a “hanging chad” was. Fittingly, that first program was an exploration of art and politics hosted by a newcomer to radio, author and journalist Kurt Andersen. Originally produced out of WNYC Radio, and most recently a Slate podcast, Studio 360 looks at the cool, but complicated, and sometimes strange ways that art touches our lives. Two decades later that mission hasn’t changed even if the people making the show have come and gone. The show’s current Executive Producer Jocelyn Gonzales was a still-wet-behind-the-ears associate producer when the show debuted. As Studio 360 comes to a close after 20 years on the air, she turned to her colleagues from the earliest days of the show for their impressions. Learn more about your ad choices. Visit megaphone.fm/adchoices
Public Enemy’s groundbreaking album, Maya Angelou’s classic memoir and Angie Thomas on TLC
How Public Enemy brought the revolution to hip-hop with “It Takes a Nation of Millions to Hold Us Back.” Plus, our Americans Icons segment on Maya Angelou’s “I Know Why the Caged Bird Sings,” which broke boundaries when it was published and still profoundly resonates with readers today. And Young Adult author Angie Thomas on how the late TLC performer Lisa “Left Eye” Lopes spoke to her at a very troubling point in her life. Learn more about your ad choices. Visit megaphone.fm/adchoices
Extra: New York Icons: Kaufman Astoria Studios
New York was the original center of American moviemaking. But soon filmmakers figured out it was cheaper and simpler to work in California’s open spaces and good weather. With the westward migration, however, certain types of filmmakers were still drawn to New York. They found a home at Paramount’s “Big House,” a grand movie studio built by Adolph Zukor during the silent film heyday in Astoria, Queens. That studio still stands and now operates as Kaufman Astoria Studios. For a hundred years, Astoria has been the East Coast alternative for artists who choose to be in New York. Learn more about your ad choices. Visit megaphone.fm/adchoices
Mostrar más