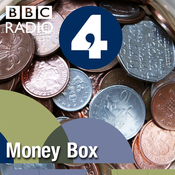 de
Bereavement Support Payment
Should the unwed lose out on a benefit paid to married people? Bereavement Support Payment is available to the widows, widowers or surviving civil partners of people who died on or after 6 April 2017. There's additional money if they have children. A recent High Court judgement held that the Pensions Act, by excluding bereaved unmarried partners from claiming Bereavement Support Payment, contravened the human rights of any children they might have. This week, Prime Minister Boris Johnson told parliament that he would look into what he described as an "injustice". Guest: Alison Penny, director of the Childhood Bereavement Network. Richard is 20 and earns £18,000 a year. He applied online for a credit card. When this was approved he was shocked to find he had an £8,000 credit limit. Guest: Peter Tutton, head of policy, StepChange debt charity. If you missed the January self-assessment tax deadline, picked up a £100 penalty and still haven't filed, there's another deadline. It's March 1st and if you have tax to pay the penalties for missing it could cost you a great deal more. How can you track down old pensions from past jobs? When you find them, will you be able to you lump them together? Guest: Claire Trott, head of pension strategy for Technical Connections. Presenter: Paul Lewis Reporter: Dan Whitworth Producer: Charmaine Cozier Editor: Emma Rippon
MBL: Getting the best broadband deals
This week Louise Cooper asks how you can negotiate the best broadband deal. How do you know if you’re paying too much? What’s the best way of securing a better deal? What are your rights if you’ve been overpaying? What are the best deals available at the moment? Guests: Selina Chadha: Director of Consumer Policy at Ofcom Adam French: Consumer Rights Editor at Which? Guy Anker: Deputy Editor at Money Saving Expert Email questions for the panel or top tips to moneybox@bbc.co.uk Producer: Ben Carter Editor: Emma Rippon
Leap in Under 30s taken to court for debts
Money Box has found that there has been a big increase in the number of young adults being taken to court for unpaid debts. Court records show that last year around 160,000 people in their twenties were given County Court Judgments in England and Wales - a rise of 30 per cent from the year before. How a £3 month long trial for a dating website ended up costing one user £300. And Jon Douglas visits a bank that’s swimming against the tide by opening branches in rural locations. Presenter: Louise Cooper Researcher: Darin Graham Producer: Alex Lewis Editor: Emma Rippon
MBL: Dream weddings on tight budgets
Wedding planning can be stressful and expensive. Venue, catering, flowers...the list goes on. Charmaine Cozier and guests talk through the best ways to budget and negotiate on price. Guests: Lisa Garwood-Cross, Living Thrifty Eve Obasuyi, Money Medics Ruby Norris, Wedding Ideas Magazine Gary Rycroft, Joseph A Jones Solicitors Email questions and experiences to moneybox@bbc.co.uk Producer: Ben Carter Editor Emma Rippon
Brexit and benefits
One of the most important rights that Europe gave us was the freedom to live and work in EU countries and retire there. About a quarter of a million UK pensioners live in the EU and draw their UK pensions and, in most countries, still get the winter fuel payment. But will that continue post - Brexit? A Money Box investigation by Dan Whitworth has found more than 1000 people making the most serious complaints about maladministration at the Department for Work and Pensions face waiting 18 months before their case is even opened. And the campaigner trying to get Google to take action on adverts for unregulated investments. Presenter: Paul Lewis Producer: Alex Lewis Editor: Emma Rippon
Mostrar más 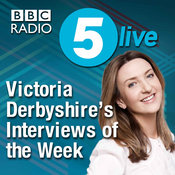 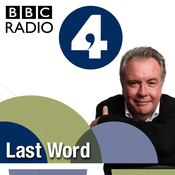