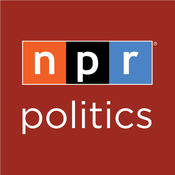 de
Weekly Roundup: Friday, January 17
President Trump has announced his legal team for the Senate impeachment trial—and it includes ghosts of impeachment past. And a non-partisan government watchdog says Trump broke the law by withholding aid money to Ukraine that had been appropriated by Congress. Also, one tortoise gets too much credit for reviving his species. This episode: White House correspondents Tamara Keith, Ayesha Rascoe, and Franco Ordoñez, Justice Department correspondent Ryan Lucas, and Senior Political Editor and Correspondent Domenico Montanaro. Connect: Subscribe to the .
Trade Deals Offer Trump Fodder To Tout On Trail
This week, President Trump inked deals in the two trade spats that have helped to define presidency: The US-Mexico-Canada Agreement, an incremental upgrade of NAFTA; and, a so-called 'Phase One' deal to deescalate his trade war with China. It remains to be seen what, if any, impact the bilateral deals have on the U.S. economy, but it seems certain that the president will tout the agreements on the campaign trail—particularly in states with large agricultural and manufacturing sectors. This episode: White House correspondent Tamara Keith, Chief Economics Correspondent Scott Horsley, and National Political Correspondent Mara Liasson. Connect: Subscribe to the .
After Weeks of Delay, House Transmits Articles of Impeachment to Senate
House Speaker Nancy Pelosi named seven Democratic members of Congress as the managers to argue the case for impeachment before the Senate. "The emphasis is on litigators. The emphasis is on comfort level in the courtroom. The emphasis is making the strongest possible case to protect and defend our Constitution, to seek the truth for the American people," Pelosi said in a Wednesday press conference. As early as Thursday morning, the impeachment managers will read the House resolution that appointed them as well as the articles of impeachment in full – on the Senate floor. Later that day, the Senate will proceed to the articles at 1 p.m. – or sooner. This episode: White House correspondents Tamara Keith and Ayesha Rascoe, congressional correspondent Susan Davis. Connect: Subscribe to the .
Democratic Debate Confronts A Loaded Question: 'Can A Woman Win Against Trump?'
Six Democratic presidential candidates debated on Tuesday night in Iowa, less than three weeks before the state's first-in-the-nation caucuses. It came up early: can a woman win? The candidates agreed that the answer is yes after Bernie Sanders denied Elizabeth Warren's accusation that he told her a woman couldn't win. And as the candidates debated trade, Sanders stood out as the only opponent of USMCA, the replacement for NAFTA. This episode: White House correspondent Tamara Keith, political correspondents Scott Detrow and Asma Khalid, and political reporter Danielle Kurtzleben. Connect: Subscribe to the .
With A Debate Looming, Progressives Feud and Cory Booker Drops Out
New Jersey Senator Cory Booker has suspended his presidential campaign, citing a lack of money to run a winning campaign. Also, Massachusetts Senator Elizabeth Warren expressed her frustration with Bernie Sanders' presidential campaign, after POLITICO reported that campaign volunteers were provided talking points attacking her. This episode: White House Correspondent Tamara Keith, political reporter Danielle Kurtzleben, and demographics and culture correspondent Juana Summers. Connect: Subscribe to the .
Mostrar más 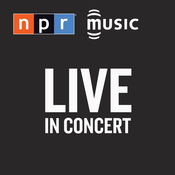