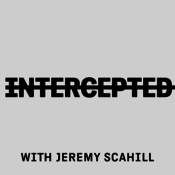 de
Capitalist Death Panels: If Corporate Vultures Get Their Way, We’ll Be Dead
As Congress continues to negotiate a bailout, Republicans seem intent on exploiting the crisis to enrich Wall Street, while Democrats offer meek resistance. Matt Bruenig of the Peoples Policy Project breaks down the various proposals in Congress, compares the U.S. plans with other countries’ responses, and lays out some of the tenets of what a bailout for the people should look like. Meanwhile, the fate of more than 2 million people locked up in U.S. jails and prisons hangs in the balance as coronavirus begins to spread among incarcerated populations. Workers at carceral facilities are also getting sick. While some cities are working to release pre-trial detainees and people convicted of non-violent technical crimes, legal groups and human rights organizations are sounding the alarm bells on what could be a horrifying aspect of the coronavirus pandemic hitting people who are literally prevented from social distancing. Premal Dharia, Founder and Director of of the Defender Impact Initiative, describes the situation in carceral facilities across the U.S. and why she is warning of a humanitarian disaster if action is not taken immediately.
Organizer Mariame Kaba: We Need a People’s Bailout to Confront Coronavirus
After weeks of downplaying the seriousness of the virus and at times implying it was a hoax, the Trump administration has announced a series of government responses to the crisis. While some actions, such as expanded testing, emergency aid to states and production of medical supplies, are aimed directly at protecting public health, serious questions abound about the economic survival of millions of people. Organizer Mariame Kaba discusses the realities facing some of the most vulnerable people in our society, from poor and working families to prisoners and immigration detainees and beyond. While the virus does not discriminate in who it infects, it will have a disproportionately devastating impact on communities that already faced dire crises before coronavirus. Kaba discusses “mutual aid” actions taking place across the country where ordinary people are pooling resources and offering direct responses to those in the most need.
Naomi Klein and Jeremy Scahill Discuss Coronavirus, the Election, and Solidarity in the Midst of a Pandemic
The U.S. failed to respond quickly to the coronavirus and as it spreads, it is likely to overwhelm the outdated and overwhelmingly privatized health care infrastructure. Author Naomi Klein and Jeremy Scahill discuss the bipartisan ruling coalition that created and supported a health system where profits are more important than public health; how the corporate vultures are circling the crisis, and how ordinary people are rising to help each other. They also discuss the Democratic primary and the looming fate of many states’ voters; the last Democratic debate between Bernie Sanders and Joe Biden and the two candidates' platforms.
We Need to Talk About Joe
With Michigan and other states voting in primaries today, the justice movements backing the Sanders campaign are making the case that nominating Joe Biden to take on Donald Trump is a grave risk. Poet Aja Monet and organizer Astra Taylor discuss the mini-manifesto from a multi-generational, multi-racial coalition of feminists: “Rising for a Global Feminist Future with the Movement to Elect Bernie Sanders.” As Biden’s campaign seeks to keep him away from open microphones and limit his public appearances, serious questions are being asked about Biden’s mental health and his decades of right-wing positions and policies. Nathan Robinson, editor-in-chief of Current Affairs, discusses Biden’s record on criminal justice, the climate crisis, women’s reproductive rights, war, and trade. Robinson accurately predicted Trump would defeat Hillary Clinton and he argues it will all happen again if Biden is the candidate in November. His latest article is titled, “Democrats, You Really Do Not Want To Nominate Joe Biden.”
Super Tuesday: Which Side Are You On?
It’s Super Tuesday and the battle lines are drawn in a campaign that will not only determine who will face Donald Trump in the general election, but also the future of the Democratic Party. The Intercept’s Lee Fang discusses who is funding and running the Biden campaign, the role of dark money in the attack against Sanders, and the looming influence of super delegates. As the Democratic establishment intensifies its battle to ward off a Sanders insurgency, former Hillary Clinton adviser Peter Daou describes why he is now backing Sanders. Daou also discusses the opposition files compiled on Sanders and rejects the claims he has not been “vetted.”
Mostrar más 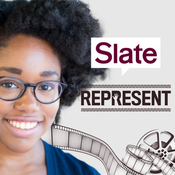 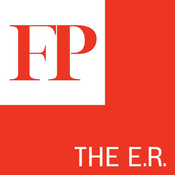