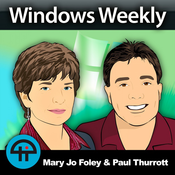 de
WW 665: Social Distancing Pioneers
Windows 10 on Pause, xCloud, Doom 64 Hosts: For full show notes, visit Sponsors:
WW 664: One Milliard Users
Build Canceled, Xbox Series X Event Hosts: For full show notes, visit Sponsors:
WW 663: Try the Toasted Ravioli
Windows 10X Microsoft updates Windows 10X emulator for dual-screen devices What's new and what's improved? Related: Does Windows 10X solve the Chromebook problem? MJF: Not really until 10X comes to cheap(er) clamshell laptops Windows 10 First Windows Insider build in two weeks brings talk of change, but not much actual change Still no GA info on Windows 10 2004 COVID-19 Weekly After pushing employees to work from home, now there are two Microsoft employees that have been diagnosed Related: Microsoft and Google will both host virtual events to make up for canceled physical events Big Microsoft GDC announcement next week live on Windows Weekly at 11:40am PDT - We have Richard Campbell here as a guest, with some interesting info about how COVID-19 has impacted work travel Plus: The history of .NET Security, security security New 'wormable' SMB vulnerability disclosed (accidentally) as part of Patch Tuesday. No info on when Microsoft plans to patch it Meanwhile, in the good news department: Microsoft's coordinated takedown of Necurs, one of the largest known spam and malware botnets Xbox Ori and the Will of the Wisps launches ... ... and Microsoft lowers the price of Xbox One X to $399 Tips and picks Tip of the week: Check out Windows 10X. You no longer need to have a Fast ring Windows Insider build to use the emulator. But there is one important requirement. App pick of the week: Call of Duty: Warzone. Call of Duty: Warzone is here! And it's free! Enterprise pick of the week: Cosmos DB gets a free tier! Microsoft adds a free tier (free as in forever) for its Cosmos DB NoSQL cloud database. Enterprise pick No. 2: About that major Azure US East outage. Is it still a cloud outage if almost no one complains publicly? Where is the outrage, cloud citizens? Beer pick of the week: O'Fallon Brewery Barrels Salted Pretzel. This amber was brewed with toasted malt and Himalayan salt giving you a toasted pretzel flavor. We got to have a sample of this during our beer tasting at WWT in Saint Louis. It was really tasty and really did taste like a pretzel. Only 5% ABV, too, so you can have more than one with your tofudog. Hosts: Guest: Download or subscribe to this show at Check out Paul's blog at Check out Mary Jo's blog at The Windows Weekly theme music is courtesy of . Sponsor:
WW 662: Moving to Montana Soon
Coronavirus Cancellations, Halo: Combat Evolved Anniversary Hosts: For full show notes, visit Sponsor:
WW 661: Tastes Like Wine
Surface Duo Peek, Azure Sphere Hosts: For full show notes, visit Sponsors:
Mostrar más 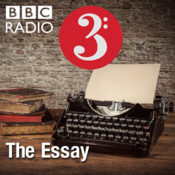 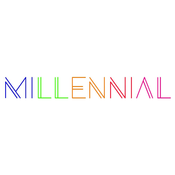