de
How to Interview an Octopus and Other Creatures
How do you interview an octopus for a podcast? We're pretty sure that Alan Alda's interview with Ruddy, a giant pacific octopus, who lives at the New England Aquarium is a first for a podcast. While Ruddy is a little shy and silent for our mics, Alan did find the naturalist and author, Sy Montgomery, much more communicative. Sy is the author of the New York Times bestseller, "The Soul of Octopus." She's an expert on creatures great and small and what we can learn about communication, observation, and humility from the other animals in the kingdom.  Support the show.
Betty White and Alan Alda Fall Desperately in Love
She's a Golden Girl, a national treasure, and a true character of great character. The one and only Betty White joins Alan Alda this week as our special guest. At time when love and humor are needed most, we hope this heart-warming episode brings a smile to your face.  Support the show.
On Modern Manhood in the #MeToo Generation
Cleo Stiller had 75 interesting conversations with men about the #MeToo movement and she's written a book about what they had to say. Her book, "Modern Manhood," is now a national bestseller. Times are changing and people are learning to relate with each other in new ways. In this conversation, Alan Alda and Cleo discuss the inventive strategies that men and women are using as they explore the tumultuous world of professional and personal relationships in the modern world. Support the show.
The Science Guy on Science and Uncertainty
In the five years it was on the air, his television show, "Bill Nye the Science Guy," won 18 Emmys and entertained and educated millions of young people, many of whom later went on to become scientists themselves.  All his life, Bill’s been passionate about communicating science, so naturally, he was the perfect guest to pair with Alan Alda, who has shared the same, lifelong drive. In this episode, Alan and Bill have a lively conversation about scientific fact, fiction, literacy, and the beauty of uncertainty.  Support the show.
Direct from the NIH: Dr. Anthony Fauci on the Coronavirus - what we face and what we can do
In this special episode of Clear+Vivid, Dr. Anthony Fauci talks with Alan Alda from the campus of the National Institutes of Health. Recorded on March 5, 2020, Dr. Fauci explains your risk right now of getting infected from the Coronavirus. He explains how he balances providing correct information to the public with the need not to cause panic — especially as the data changes day by day. He reports that public health professionals and researchers are sharing data about the Coronavirus worldwide, and discusses the progress being made on both a vaccine and a treatment for the illness caused by the virus.  Support the show.
Mostrar más 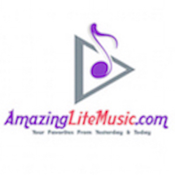 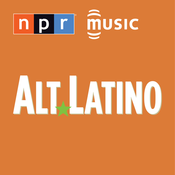