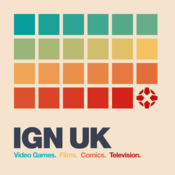 de
IGN UK Podcast #527: Mother: Unleashed
Joe's spent a large portion of the past week on planes, so tells us about what he watched, played and listened to on them. Cardy's played a bit Persona 5 Royal and is still insisting to himself that he won't sink another 100+ hours into it when it releases. Matt's has been finishing off his time with the Half-Life reimagining "Black Mesa" and has been having a rather splendid time by the sound of it. There's also time to discuss how relaxing Animal Crossing is looking after the hefty Nintendo Direct this week. The feedback section takes a dark turn, but the frivolity of The Perpetual Pursuit does well to balance it out. Remember, if you want to get in touch with the podcast, please do: ign_ukfeedback@ign.com
IGN UK Podcast #526: Are There Hedgehogs on the Moon?
Matt has seen the film about the quick, blue hedgehog and lets us know what he thinks of it. Cardy has been lost in Dreams but has kindly woken up to tells us all about it. Alex has been playing a game that hits just a tad too close to home. There's also a smattering of discussion about Rainbow Six Siege and whether Anthem has a chance of replicating its successful turnaround. There's also a nail-biter of a quiz that goes down to the wire.  Remember, if you want to get in touch with the podcast, please do: ign_ukfeedback@ign.com
It's Football Day: Episode 7
The Firm™ are back and it's the penultimate episode. After Dale's questionable first season with the Cancun Corona Colts, can the MLS dream continue? Cardy tells us about his next steps in transforming Newcastle United into a European powerhouse, and Joe confesses that he's barely played any Football Manager this week, so he's decided to give us a glimpse into the simulated future instead. Oh, and we've got a cup final played live on the podcast! Although don't get your hopes up, it's not exactly a thriller...
IGN UK Podcast #525: The Fantabulous Emancipation of One Vincent D'Onofrio
Matt's been watching Harley Quinn and her flock of Birds of Prey in all their neon glory this week as well as channelling his inner Yōkai in Nioh 2. Joe's had a nostalgic time in Skate 3 and been solving murders/picross puzzles in Murder by Numbers. Cardy is also present to perform terrible Vincent D'Onofrio impressions and reminisce about when the Saw franchise was good. A quiz is played and feedback is read. Some things never change.   Remember, if you want to get in touch with the podcast, please do: ign_ukfeedback@ign.com
IGN UK Podcast #523: Final Fantasy 7 Remake Hype
This week on the IGN UK Podcast, Dale and Matt get very hype about all their nostalgic memories being made anew thanks to a brand new Final Fantasy 7 Remake trailer. We talk how to pronounce Jenova, Red XIII's voice, the gloom of the Shinra building... everything you could think of, aside from Cloud's cross dressing, which we somehow overlooked. That's why he's in the thumbnail for this episode: he may not get a mention, but he's certainly not forgotten. Jesse's on the show too, and has been playing the Disintegration beta with some of the other IGN guys. There's mixed thoughts a-plenty on that one, but with a sprinkling of hope. There's also some discussion about Warcraft 3 Reforged, the remaster of the classic 2002 Blizzard RTS that's both a fantastic visit to the past and a failure to meet a lofty promise. As ever, there's also a cool listener-submitted game and our responses to your feedback.
Mostrar más