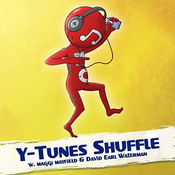 de
Jonny Rely
Jonny Rely is a the founder of the rock back Black And Grey. He's from Rhode Island (and Boston), multi-time cancer survivor and long time friend of our host, David Earl Waterman. Jonny surprised Maggi & David by bringing Five songs from his band, Black and Grey.  Through his music, he told stories of how the band and band name came to be, his time in (and getting kicked out of) college, how he and David met, what it was like growing up with a father in the Navy, the troubles of living in England as an American adolescent, and the secrets and grit needed to not only survive, but kick cancer's butt. Hear and see all of the songs and videos Jonny Rely has created in our Then we play before diving into a First and Last Concert story (which includes boobs). Stay connected with Jonny Rely on and with the show on any social platform @ytunesshuffle.
Jennifer Vally
Jennifer Vally is a writer and producer at The Game Show Network, who also worked as a writer for The Disney Chanel and is also a comedian originally from San Diego, now living in Los Angeles. Through her Fave5 songs, we learn all about her trouble making days in high school with her best friend including one VERY close call. She describes getting started in stand up comedy (and giving birth...almost at the same time) and what gave her the confidence that she could "make it" in this business. Plus, her music takes us through her young adolescence and the feelings of finally being free. And a surprise American track that reminds her of an excellent trip to England. Jennifer is super, high energy and even gets Maggi and David talking about their high school experiences including first apartment stories. If you loved her music and want to hear the entire song or learn more about the artist, check out the YTunes Nuggets on our . Then we head to Northern England for to keep up with her work. You can also reach out to Maggi & David  at the show by emailing ytunesshuffle@gmail.com.
Miles Crawford
Maggi & David explore the world of music virtually with their guests in a series of #QuarantineEpisodes. First up, musician, performer and director, Miles Crawford! ” which premiered at LACMA and even featured on The Huffington Post. Miles has performed extensively with the Off-Broadway show STOMP and has played drums for Eminem, Ringo Starr, Red Hot Chili Pepers, & Art Garfunkel. Through his #Fave5 songs, we learn all about how baseball brought him and his father closer, the song that brought him into the world of directing AND touring the world like a rock star, and the music that keeps him and his wife humble and romantic. If you like the songs you can check out the full versions and all the YTunes Shuffle Nuggets in our   Then we head off to Flagstaff, AZ for before diving into his First and Last Concert stories. Connect with Miles Crawford via his And connect with the show by emailing ytunesshuffle@gmail.com.
Jonah Koslen
is most known for his work with the Michael Stanley Band (MSB). A composer, producer and performer, Koslen has written some of rock n'roll's best songs including "Waste A Little Time On Me,” “Strike Up The Band” and “Nothings Gonna Change My Mind.”   Koslen left MSB in 1977 to work with another successful band, Breathless, the following year. Breathless had the distinct pleasure to open for KISS. Through his Fave5 songs, we talk about Beatlemania, how rock n'roll has changed since the 80's, the first time he remembers hearing his song on the radio, and his musical hero! Plus his lovely wife, Melissa joins in on the fun to discuss their very clear opposition on one particular song.   If you love the music you heard in the episode, there is a that has the songs posted in full, with a few little nuggets of information about the artist/song.   Then we head off to Cleveland for Band Or Bar before finishing the episode with his First and Last Concert stories.   Jonah can be found on YTunes Shuffle is on all the social platforms @YtunesShuffle. Plus, reach out to David and Maggi at anytime by emailing . Thanks for sharing the tunes!
Quinton Flynn
Quinton Flynn is a multi-talented personality. Known for his work in voice overs (No More Heroes, Kingdom Hearts III, Star Wars: The Old Republic), Quinton also acts, writes, sings, plays in a band and is even working on his stand up comedy! Through his Fave5 songs, we learn about his upbringing in Cleveland, Ohio and what makes this such a unique place to grow up, his first band and their major successes for high school kids, and his general principles of living every day by responding in love. This is a HIGH energy episode and if you don't recognize who's talking...it's one of Quinton's many character-voices. If you loved the music, check out all of the songs and more details about the artists on our We play Band Or Bar out of San Francisco before deep diving into his First and Last Concert Experiences. Follow Quinton on too! Inquires at ytunesshuffle@gmail.com
Mostrar más 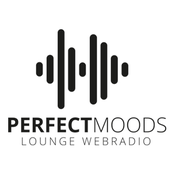