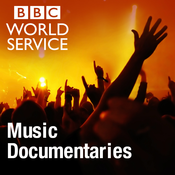 de
Our Love for Indian Classical Music
Indian classical music is an art form that’s been in the making for thousands of years and has exponentially grown in popularity, seeing a 70% increase in people taking exams in the UK alone. First mentioned in its simplest form in the Hindu scriptures known as the vedas, some 3,500 years ago, we tell the story of how the music has educated and liberated people across the globe, and why it’s more popular now than ever before.
It Jus' Keeps Rolling: The Story of Ol' Man River
In 1927 Jerome Kern and Oscar Hammerstein created Ol’ Man River to bind their breakthrough Broadway musical Show Boat. Giving it an almighty showstopper. Audiences were carried away as ‘Joe’, the ordinary black labourer, took centre stage to sing of toil and suffering in the land of cotton along the banks of the Mississippi. From the beginning it thrilled with powerful contradictions. A song of black suffering by white artists in Jim Crow America where its mixed cast couldn’t even dine together. Its lyrics were racially charged and contested from the get go and before becoming a song of revolution and protest across three continents. Kern and Hammerstein wrote it specifically with rising superstar Paul Robeson in mind. The son of a slave, the singer of new Negro spirituals and, later, the voice of working class solidarity. But Robeson would not be the first to perform it. That would come a year later in London, beginning a complex personal relationship with the song including his own changes to the lyrics and performances on the front lines of Civil War Spain and Cold War America. Beyond Robeson, the song immediately became a jazz standard. Artists as diverse as Bing Crosby, Frank Sinatra, Sammy Davis Jr, Judy Garland, Rod Stewart, Ray Charles, Aretha Franklin and Dave Brubeck have performed it. Mark Burman navigates the many currents of history flowing through Ol’ Man River from Broadway to the Black Panthers to its last unlikely journey along the banks of the Brahmaputra and a new mass Indian audience that knew little of its original source.
Aretha Franklin: Queen Of Soul
Aretha Franklin, for fifty years the Queen of Soul, with a voice of unique quality and who suffered a difficult and troubled life, has died at the age of 76. Jumoke Fashola hears from musicians, fans and producers from different parts of the world about what made Aretha Franklin’s music special. It Includes contributions from South African singer Lira, American musician Valerie June, record company mogul Clive Davis, producer Narada Michael Walden, singer Sarah Dash and music journalist David Nathan.
Martin Morales’s Peruvian Roadtrip
Peruvian-born chef and record producer Martin Morales heads back to his homeland to explore the inherent link between food and music in Andean culture. Martin starts his journey at the famous La Chomba restaurant in Cusco, where musicians queue to serenade the diners, and then heads to the tiny village of Lamay where the local delicacy is guinea pig on a stick. He then visits the Centre for Native Arts in Cusco where food and music come together with a dance about the Oca potato. Providing the soundtrack to the dance is the legendary violinist Reynaldo Pillco. Martin also meets singer Sylvia Falcon who enchants with a song that highlights the importance of the Coca leaf in Peruvian cuisine and culture. And, he talks to Peruvian music legend Manuelcha Prado aka the “Saqra” of the guitar – or the devil of the guitar. Plus, talented travelling musician Carlos – whose lack of teeth does not affect his ability to connect the with his appreciative audience. (Photo: Martin Morales. Credit: Dave Brown)
Yevgeny Murzin: Master of the Synthesiser
Due to the political climate in Soviet Russia of the day, Yevgeny Murzin was forced to build his synthesizer in secret with little access to electronic parts. Over next two decades (pre and post war), the ANS as it was known, was a self-financed, largely secret labour of love; Murzin had to work on it in his spare time over two decades with help from a like-minded, tight-knit circle of composers and technicians. Murzin finally completed construction of the ANS in 1958 and it was subsequently used by a number of pioneering 20th Century Russian composers such as Stanislav Kreichi, Alfred Schnittke, Edison Denisov, Sofia Gubaidulina and Edward Artemiev. The unearthly tones of the ANS were perfectly suited to the era of Soviet space exploration, and became the soundtrack instrument of choice for a series of classic Russian sci-fi films, the most famous being Andrei Tarkovsky’s Solaris released in 1972. Meet those who knew Murzin and saved his instrument from obscurity: Eduard Artemiev (celebrated soundtrack composer and Tarkovsky collaborator), Stanislav Kreichi (composer and de facto guardian of the ANS), Andrei Smirnov (Theremin Institute Moscow). Other synthesiser pioneers contribute including Suzanne Ciani (US composer) and Goldfrapp’s Will Gregory (Russian synth collector) as well as current synthesiser aficionados Kaitlyn Aurelia Smith. Presented by keyboard player and long-standing Russophile, Jon Ouin. Image: Yevgeny Murzin
Mostrar más 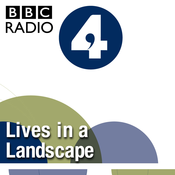 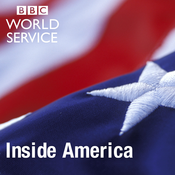