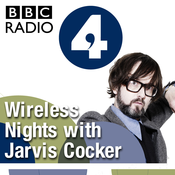 de
A New Year's Resolution
Jarvis Cocker continues his nocturnal exploration of the human condition. He often lies awake at night trying, unsuccessfully, to nod off. But, not one to give up, his New Year's resolution is to crack this habit and attain the perfect night's sleep. His restless search leads him to fellow insomniac Marina Benjamin, sleep coach Max Kirsten, Greek goddesses and a cave where night meets day and peace may possibly reside. Producer Neil McCarthy
Destiny's Child
Jarvis Cocker hosts a special festive edition, telling stories of a shepherdess and a miracle birth, whilst a wise man looks out for bright lights in the Christmas skies. On a cold and frosty Christmas night, a baby is set to enter the world in the most inauspicious circumstances, a pair of shepherds keep watch over their flocks and a star gazer scans the heavens for unusual signs. Producer: Laurence Grissell
Night Train
Jarvis Cocker’s series exploring the human condition after dark boards the Wireless Nights Express to hear tales of night people on sleeper - or sleepless - trains. He begins on the Caledonian Sleeper, leaving the noise and crowds of London Euston to make a night-time journey across the country to the Scottish Highlands. In the dining car and corridors he meets fellow passengers and stewards. And as he starts to drift off in his cabin, the train makes some unscheduled stops. Geoff MacCormack recalls taking the Trans-Siberian express with his childhood friend David Bowie and a sobering stop at the East German border. Tessa Smit boards a twenty-four hour party train; and travel writer Colin Thubron on the time he got off his train, in the middle of Siberia. Producer: Georgia Catt
Dungeness
Jarvis Cocker's series exploring the human condition after dark returns with a night wander around Dungeness. Sometimes referred to as Britain's only desert, it's a shingle headland in Kent jutting into the English Channel. Sparsely populated, with wooden shack cottages and star filled night skies, a lighthouse sweeping its beam out to sea and a nuclear power station glowing with electric light like a city suspended in the darkness. But Jarvis isn't alone as he explores this untamed landscape, torch in hand. Also on the move are Paddy Hamilton and Bridget Wilkins who leave the cosiness of their old railway carriage home for a night walk on the beach, bumping into a Chinese fishing party along the way. At the Bird Observatory, moth trappers Sean Clancy and David Walker keep vigil as they wait for a specimen to fly into the light and recall other things that went bump in the night. Doreen Thomas, the matriarch of a Dungeness fishing family, reflects on nights gone by. And Mark Daniels is out there somewhere, swimming in the cold black inky waters. Producer Neil McCarthy
Berlin
Jarvis Cocker's nocturnal exploration of the human condition leads him to Berlin. Walking in the shadowlands of the Wall he reflects on a once divided city and hears stories of the nacht. Between East and West, he encounters a 1930's musical salon run by a cabaret diva; a ballroom dancing escapee from East Berlin; an underground den of iniquity and vice; and Iggy Pop, held prisoner. Amid the street-lit ruins of the Berlin Wall, he considers the scar left behind.
Mostrar más 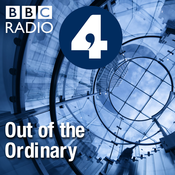 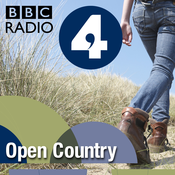