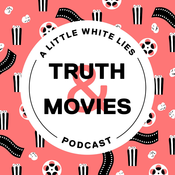 de
What Films Will We Show Our Kids?
In this special edition&nbsp;of Truth & Movies, presenter Michael Leader and LWLies editor David Jenkins record a late night fireside chat (some are calling it a Dad Pod) about formative cinema experiences, and how those experiences will translate to their own young children. For information regarding your data privacy, visit
David Lynch in 4K plus Sônia Braga’s last stand
After a week off, Truth & Movies is back and ready for another round of new releases. In&nbsp;Kleber Mendonça Filho and Juliano Dornelles’ Bacurau, a remote Brazilian village comes under siege from a mysterious source, while And Then We Danced sees director Levan Akin tackle homophobia in Georgia via the medium of traditional dance. Finally, in Film Club, we reach for the tissues in anticipation of The Elephant Man’s return to the big screen – in dazzling 4K. For information regarding your data privacy, visit
Truth & Movies #142 - Ruffalo’s chemical reaction plus a lesbian love story
On this episode of Truth & Movies we hear from the great French filmmaker Céline Sciamma about her sublime 18th century romance, Portrait of a Lady on Fire – as swooned over by regular host Michael Leader and guest critics Anna Bogutskaya and Claire Marie Healy. Also this week, Mark Ruffalo takes on a US chemicals giant in Todd Haynes’ Dark Waters, while in Film Club Julianne Moore suffers from a mysterious ailment in Haynes’ 1995 psychological drama, Safe. For information regarding your data privacy, visit
Truth & Movies #141 - Plant-based panic plus Steve Coogan’s false teeth
Greed is (kinda) good on this week’s Truth & Movies, as Michael Leader, Simran Hans and Matt Thrift sail away with Michael Winterbottom and Steve Coogan for their super-rich satire – just watch out for those false teeth! Also in cinemas is Jessica Hausner’s Little Joe, starring Emily Beecham as a botanist whose latest scientific breakthrough comes with a curious side effect. Continuing the nefarious flora theme in Film Club, we revisit Fran Oz’s 1986 horror-comedy Little Shop of Horrors. For information regarding your data privacy, visit
Truth & Movies #140 - Rapid rodents and Jane Austen reloaded
Truth & Movies levels up this week with not one but two video game movies, with Michael Leader, David Jenkins and Clarisse Loughrey forming our multiplayer superteam. New in cinemas, Sega’s rapid rodent Sonic the Hedgehog gets a long overdue run out courtesy of Paramount and director Jeff Fowler, while in Film Club we revisit the (unfairly?) maligned Super Mario Bros from 1993. Sandwiched between those is another new adaptation, Autumn de Wilde’s take on Jane Austen’s Emma. For information regarding your data privacy, visit
Mostrar más