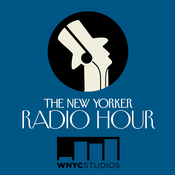 de
Mass Incarceration, Then and Now
The U.S. has the highest rate of incarceration in the world; although the country makes up about five per cent of the global population, it holds nearly a quarter of the world’s prisoners. .” And we follow a man who returns home from prison to find a changed world.    Taber Gable contributed original music for this episode.
The Democratic Candidates Respond to the Conflict with Iran
Next week’s debate, in Des Moines, was likely going to focus on health care and other domestic issues, but the agenda will probably be dominated by the Trump Administration’s killing of Iran’s General Qassem Suleimani and America’s history of war in the Middle East. The New Yorker’s Eric Lach, who is in Iowa, describes how the candidates are honing their positions. Plus, the contributor Anna Wiener reflects on the changing face of Silicon Valley; and the Moscow correspondent Joshua Yaffa describes how to succeed in Putin’s Russia.
Terry Gross Talks with David Remnick
David Remnick has appeared as the guest of Terry Gross on “Fresh Air” a number of times over the years, talking about Russia, Muhammad Ali, and other subjects. Hosting “Fresh Air” for nearly forty-five years, Gross is a defining voice of NPR, and is perhaps the most celebrated interviewer of our time. In October, 2019, the tables turned, and Gross joined Remnick as his guest for a live interview at The New Yorker Festival. They spoke about how she first found her way to the microphone, the role of feminism in establishing NPR, the limits of her expertise, and what she has had to give up to prepare for serious conversations day after day.
Dexter Filkins on the Air Strike that Killed Qassem Suleimani
Qassem Suleimani was Iran’s most powerful military and intelligence leader, and his killing, in a U.S. air strike in Baghdad on Thursday night, will likely be taken as an act of war by Tehran. Dexter Filkins, who wrote the definitive of Suleimani, in 2013, spoke with David Remnick about the commander’s central role within the Iranian regime. Reprisals against the U.S., he says, might be carried out anywhere in the world, either by Iran’s Quds Force or by affiliates such as Hezbollah. The Trump Administration experiences tension between a desire for regime change and the President’s desire to avoid foreign wars; Filkins notes that embattled Presidents, like Bill Clinton during his impeachment, often have itchy trigger fingers.
Kelly Slater’s Perfect Wave Brings Surfing to a Crossroads
In December of 2015, a video appeared on the Internet that stunned surfers worldwide. Titled “Kelly’s Wave,” it showed Kelly Slater—arguably the best pro surfer in history—unveiling a secret project he had been working on for more than a decade. With the help of engineers and designers, Slater had perfected the first artificial wave, created by machine in a pool, that could rival the best waves found in the ocean. “One could spend years and years surfing in the ocean,” the staff writer , himself a lifelong surfer, notes, “and never get a wave as good as what some people are getting here today. Ever.”    Finnegan went to visit the Kelly Slater Wave Company’s Surf Ranch—a facility in California’s Central Valley, far from the Coast—to observe a competition and test the wave for himself. (He in The New Yorker. ) Up until now, surfing was defined by its lack of predictability: chasing waves around the world and dealing with disappointment when they do not appear has been integral to the life of a surfer. But, with a mechanically produced, infinitely repeatable, world-class wave, surfing can become like any other sport. The professional World Surf League, which has bought a controlling interest in Slater’s company, sees a bright future.   But Finnegan wonders what it means to take surfing out of nature. Will kids master riding artificial waves without even learning to swim in the ocean? Finnegan spoke with Kelly Slater, Stephanie Gilmore (the Australian seven-time world champion), and Matt Warshaw (the closest thing surfing has to an official historian). Warshaw, like Finnegan, is skeptical about the advent of mechanical waves. Yet he admits that, when he had the chance to ride it, he didn’t ever want to stop. “It reminded me of 1986,” Warshaw recalls. “The drugs have run out, you already hate yourself—how do we get more?”   This story originally aired December 14, 2018.
Mostrar más 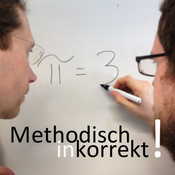 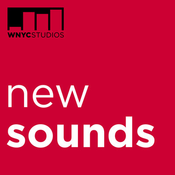