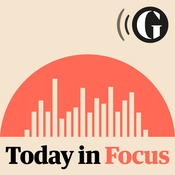 de
Peak meat: is veganism the future?
Marco Springmann, a public health expert, tells Anushka Asthana why cutting out animal products is the best route to a healthy diet – and why veganism is good for the planet. Plus: Alex Hern on the Guardian’s exclusive story of how the Amazon chief, Jeff Bezos, allegedly had his phone hacked after receiving a WhatsApp message apparently sent from the crown prince of Saudi Arabia.. Help support our independent journalism at
Zoe Brock: my case against Harvey Weinstein
Like dozens of women in the entertainment industry, the actor, model and writer Zoë Brock has claimed she had a traumatic encounter with the film producer Harvey Weinstein. Now she is faced with a settlement offer that she believes would allow him to escape blame for the alleged assaults. Also today: Lily Kuo on the spread of the deadly coronavirus in China. Help support our independent journalism at
The trial of Harvey Weinstein – podcast
Ed Pilkington looks ahead to Weinstein’s court battle where he faces charges of rape and sexual assault, which he denies. And Jamie Grierson on why counter-terror police have listed Extinction Rebellion as a ‘key threat’. Help support our independent journalism at
Can the BBC win its battle with the government? – podcast
The Guardian’s media editor, Jim Waterson, takes stock of a bruising general election campaign for the BBC and subsequent threats to the licence fee from the prime minister. Plus: the BBC’s editorial director, Kamal Ahmed, denies the broadcaster is worried that senior ministers appear to be boycotting flagship shows. Also today: Gabrielle Jackson on endometriosis and the need for modern medicine to catch up with the reality of chronic pain in women. Help support our independent journalism at
The fallout in Iran
International correspondent Michael Safi discusses the mistakes and dangerous miscalculations that have been made by Iran in the wake of Qassem Suleimani’s death. And parliament’s youngest MP, Nadia Whittome, talks about her new role. Help support our independent journalism at
Mostrar más