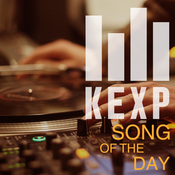 KEXP Song of the Day

de
Lucinda Williams - Man Without a Soul
Lucinda Williams - “Man Without a Soul” from the 2020 album Good Souls Better Angels on Highway 20/Thirty Tigers. "All the money in the world / Will never fill that hole / You're a man bought and sold / You're a man without a soul" Over the past 40 years, Lucinda Williams has built a name for herself with her vivid storytelling, which has earned her four Grammy Awards throughout her career. But her forthcoming full-length, Good Souls Better Angels, will "forgo the personal and narrative-based songcraft that has become synonymous with her name and instead speaks to some of the injustices permeating our society." Today's Song of the Day perfectly illustrates this shift. And while she never directly names who the subject of the song is, it's not hard to guess who she's referring to. Read the full post on KEXP.org Support the show.
Archers of Loaf - Raleigh Days
Archers of Loaf - “Raleigh Days,” a 2020 single on Merge Records. It's been over 20 years, but indie rock kings Archers of Loaf have returned with the single "Raleigh Days," their first new music since 1998's LP White Trash Heroes. Originally formed in Chapel Hill, North Carolina, in 1991, the band exploded on to the scene with their debut album Icky Mettle and the hit single "Web in Front", which landed them a highly-coveted appearance on MTV's Beavis & Butthead. Read the full post on KEXP.org Support the show.
Steve Earle & The Dukes - Devil Put the Coal in the Ground
Steve Earle & The Dukes - “Devil Put the Coal in the Ground” from the 2020 album Ghosts of West Virginia on New West Records. In 2010, the Upper Big Branch coal mine in Raleigh County, West Virginia exploded, killing twenty-nine of the thirty-one miners present at the time. It's been called one of the worst mining disasters in American history. And it inspired the latest album from veteran singer/songwriter Steve Earle, titled Ghosts of West Virginia. The project originated with the off-Broadway play Coal Country, written by playwrights Jessica Blank and Erik Jensen, who approached Earle to compose the score. While the play had to cancel its run in New York City due the coronavirus, Earle will release the songs as his 20th studio album on May 22nd via New West Records.  Read the full post on KEXP.org Support the show.
Throwing Muses - Dark Blue
Throwing Muses - “Dark Blue” from the 2020 album Sun Racket on Fire Records. Alt-rock icons Throwing Muses return with their first new album in seven years, the fiery tenth full-length Sun Racket, out September 4 via Fire Records. The group originally formed in the early '80s, with it's current line-up of Kristin Hersh, drummer David Narcizo, and bassist Bernard Georges holding steady since the '90s. Recording the new album brought everybody back together from their respective coasts.  “Sun Racket has always been geographical," Narcizo confirms in a press release. "...a transplanted southerner in New England crash landing in California. A West Coast sound at New England scale, dragged back down to the south where the elements got more aggressive but now with deeper roots.” Read the full post on KEXP.org Support the show.
The B-Band - Kavire Del
B-Band - "Kavire Del” from the 2013 self-released album Napichideh (Uncomplicated) B-band formed in Tehran, Iran in 2009, combining alt-rock with Persian folklore. Dr. Nasim Niknafs, Assistant Professor of Music Education at the University of Toronto, points out in an interview with Ethnotes that "when you transliterate this name into Farsi, it has another meaning, which translates roughly to 'without any boundaries.' In addition, B-Band is the name of a guitar pickup company. One name, many layers!" Today's featured track is a cover of the '70s-era single “Kavire Del” by Marjan, which itself was a cover of a French/Turkish song performed by Ajda Pekkan. Read the full post on KEXP.org Support the show.
Mostrar más

KEXP Song of the Day: Playlist