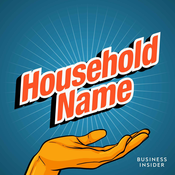 de
46: Makin' Whoopee Cushion
April Fools' pranks come and go, but one joke item that’s stood the test of time is the whoopee cushion. Today, we trace its history from ancient Rome to now. Where did it come from? Why is it funny? Will it stay popular? And if everyone knows its name, why does no one company get the credit for it? Sign up for our newsletter: http://newsletter.businessinsider.com/join/brought-to-you-by
45: Heard It Through the Grapevine
The 1980’s TV commercials for California raisins have been called some of the best ads ever made. The claymation raisins singing and dancing to Marvin Gaye’s “I Heard It Through the Grapevine” became a kids TV show, recorded an album that went platinum, launched a range of toys and costumes, and starred in an Emmy-winning Christmas special. But were they a success for the raisin industry? Or did the dancing California raisins cause more trouble than they were worth? Sign up for our newsletter:
44: All That Jazzercise
Since Jazzercise started over 50 years ago, hundreds of thousands of (mostly) women have come together to exercise and get fit. But if you think Jazzercise is just jazz hands and shoulder rolls, you’re missing out on the bigger story, one about women becoming entrepreneurs and running their own businesses.
43: A Tale of Two Spams
In Hawaii, Spam is served at grandma’s house and in high-end restaurants. It’s beloved. But in the continental U.S., the canned pork product is often the punchline of jokes. Why does Spam have such different meanings in different places? The answer involves World War II, Monty Python, and a troupe of singing saleswomen. Sign up for our newsletter:&nbsp;
42: The Widow Clicquot
More than two hundred years ago in Napoleonic France, the business world was walled off to women, and champagne was a luxury reserved for the ruling class. So then how did a young widow take over her husband’s struggling wine business and turn champagne into an international phenomenon? And how does her legacy continue to shape what we drink today? Sign up for our newsletter:&nbsp;
Mostrar más